Paul is the voice-and-communication coach for Heart-led Ceremonies Celebrant Training. He also coaches celebrants already working or who have trained elsewhere, and other people who are interested in improving their voice and communication. You can find him at Paul Robinson Voice Coaching – Voice Coaching

High Anxiety. That’s the title of the movie that Mel Brooks produced, directed and acted the lead in many years ago. It could also describe a lot of my performance life. At that time. I lived in New Zealand, and not long afterwards, I had one of my career changes. It wasn’t an overnight thing – although, on closer inspection, you could say that it was. I’d been working as an actor for several years: on stage, radio and a bit of telly. I’d found that the more technology that was involved, the more my performance anxiety kicked in. For that reason, I gave up television work. (Or did it give up me?) It could even affect the voiceover sessions I did for radio and television commercials.
I had what seemed at the time the brilliant idea that doing some occasional presenting in music radio, because it was live and not recorded like the voiceover work, it would make doing the voiceovers seem like a walk in the park. Well, that wasn’t the case for me. In live radio you only get one shot at it. That presents its own challenges, but you don’t end up having to record multiple retakes as could happen with voiceovers. The pressures are different, so my idea didn’t work out.

But the sporadic weekend radio presenting did lead to that career change. ‘Sporadic’ suggests that the change of direction was definitely not overnight… but my first fulltime radio-presenting job was the overnight shift, five times a week! They don’t call it the graveyard shift for nothing! For months, I tried to fit a normal daytime, with a wife and two young children, around my antisocial hours. Recordings of me on the air in the middle of the night sounded like I was the living dead.

After six months, one of the daytime presenters moved on, and I was asked to fill in for them, with a carrot dangled that if I did well enough, I could take over permanently. For someone with a high level of performance anxiety, that wasn’t helpful. It would have been better if I’d been told that I’d just be filling in for a few days, and then I’d be reinterred into the overnights. What I find intriguing is the lack of guidance, and hardly any encouragement from management. It was a form of radio silence.

Thank goodness for the big-hearted, gentle, kind man who used to do the airborne traffic reports in the breakfast and drivetime shows. Bill Mudgway was known as the eye in the sky. He was also known for having a good word for everybody – even if some people might have thought they didn’t deserve it. So, when he came into the radio station early afternoon each day before going out to the aerodrome, saying nice things about how I was doing on air, I’d take it with a pinch of salt… well, a whole packet at first. But, white haired and smiling, he’d tell me about all the complimentary comments the pilots were making, and the other staff. I have no idea how true all this might have been, but eventually, Bill beat me into submission, and I began to believe him. My confidence rose, and the job became mine as permanently as anything ever is in radio. 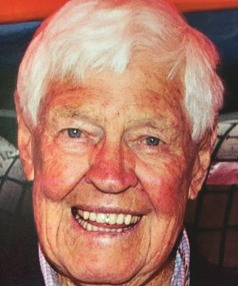 A lot of us thrive with an arm around a shoulder. Sometimes a rocket up the backside can be appropriate, but I prefer the gentle approach – for myself and how I am to people I work with. Building someone up is much more likely to be successful than threatening them and pulling them to pieces. I’ve had that experience too in radio. It took me a long time to recover from it, and I know that if a gentle, constructive approach had been used, it, and I, would have been a lot more successful.

Kindness is one of the greatest attributes a person can have. Sometimes it can be rebuffed, or even regarded as a sign of weakness, but to me, it’s a perfect antidote to anxiety, which is rife in our world. And that gentle, white-haired man was kindness personified. 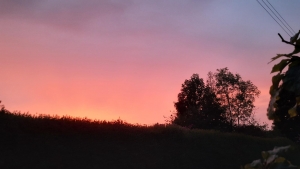 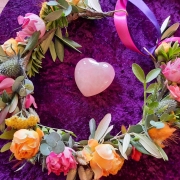 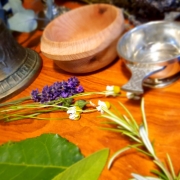 Celebrant Training UK: On the Sofa 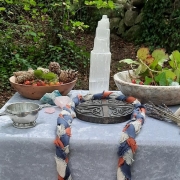 Celebrant Training UK: The Varied Roles of a Heart-led Celebrant 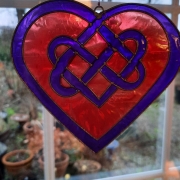 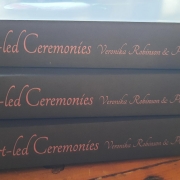 Celebrant Training: Five Reasons to Train as a Heart-led Celebrant 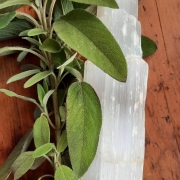 Celebrant Training: what a I look for in a celebrant 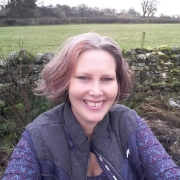 Celebrant Training UK: On the Sofa
Scroll to top